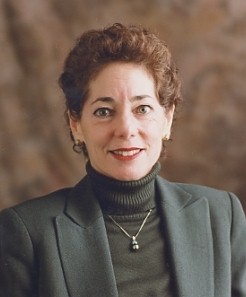 Gail Greenberg Shapiro, MD, FAAAAI, was born in 1947 in New York City, New York. She received her medical degree in 1970 from Johns Hopkins Medical School, where she also completed her pediatric internship. She completed her pediatric residency and allergy fellowship at the University of Washington in Seattle and joined Northwest Asthma & Allergy Center as a Board Certified Allergist in 1974. Shapiro passed away August 25, 2006. She is survived by her husband Peter and her two children and five grandchildren. The AAP honored Shapiro in October 2006 with the Bret Ratner Award, the highest award given to a Pediatric Allergist.  She will be remembered by patients and colleagues alike as an extraordinary physician who made a lasting contribution to the specialty.

Shapiro was a Clinical Professor of Pediatrics at the University of Washington, School of Medicine and also served as a member of the National Heart, Lung and Blood Institute’s Expert Panel on the Management of Asthma. She was President Elect (1988-1989) and President (1989-1990) of Medical Staff at the Children’s Hospital and Medical Center in Seattle, Washington.

In 1998, she co-chaired the American Academy of Allergy, Asthma & Immunology’s (AAAAI) Pediatric Asthma initiative which developed the Pediatric Asthma Guide for Managing Asthma in Children in 2000 and later, the Pediatric Asthma Educational Handouts. Shapiro was the first democratically elected President of the AAAAI in 2001. She also co-chaired the Practice Management Task Force in 2004, which developed the AAAAI’s first Practice Management Workshop. Shapiro chaired and was active in AAAAI committees including the Annual Meeting Program Committee, Asia and Pacific Basin Region Committee, Asthma Diagnosis Committee, Rhinosinusitis Committee and many more. She was a major donor to the Allergy, Asthma & Immunology Research and Education Organization (ARTrust), now the AAAAI Foundation.

Over her 31 years in clinical practice, Shapiro was the primary allergist to more than 36,000 individuals as she took care of one patient at a time, with a professional, yet personal, approach. As an objective research scientist, she began by evaluating effectiveness of various treatments for severe asthma. To spread this information, she published several hundred scientific papers, books and articles.

As Clinical Professor of Pediatrics, Shapiro trained medical students, residents, and allergy/immunology fellows. She trained and taught nationally and internationally, reaching over 60,000 pediatricians, through the American Academy of Pediatrics (AAP). Her research and teaching activities have improved the care for at least 25 million patients in the USA alone.

Dr. Shapiro's Lectureship was established in 2018. The first Lecture in her name was delivered at the 2019 AAAAI Annual Meeting in San Francisco.

If you wish to honor Dr. Shapiro, please consider a gift to the AAAAI Foundation and Gail Shapiro, MD FAAAAI Memorial Lectureship Fund. A donation in any amount can be dedicated to this effort. The Shapiro Family will be notified of your gift, and your name will be listed as a donor to this fund in the Annual Report of the AAAAI Foundation. Your donation makes a difference. We appreciate your support and your commitment to our specialty.